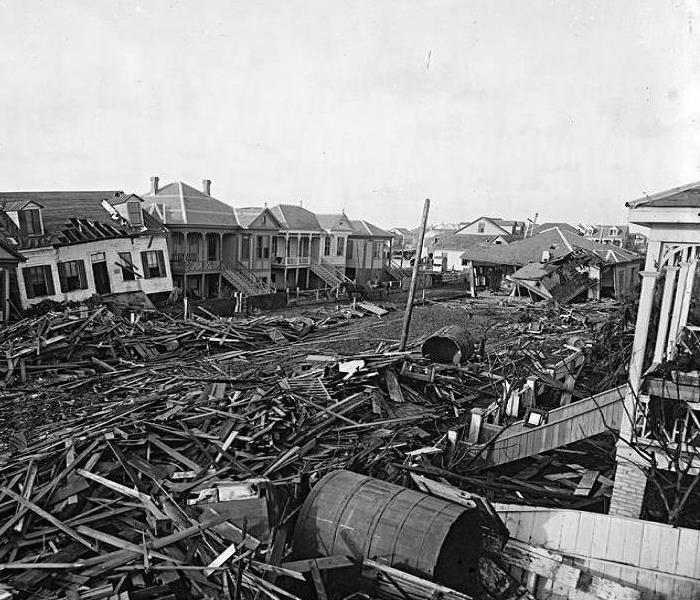 Galveston Texas Number 1 on the list of worst storms in US History.

I came across an article a few weeks back and found some information on some of the most devastating storms in the US. Had me thinking to look up what storm has been the worst in US history. According to my research Galveston Texas September 8th, 1900 was the worst natural disaster with winds at 135 MPH. Leaving 8,000-12,000 lives to perish. It is said that complacency among the towns people played a role to some degree, that the people were warned it was coming. All storms are categorized between 1-5. Five being the worst. This storm was considered a four. I thought, back in those days the houses and most businesses were not built as strong as they are now. What could the people have done to prepare for a storm of this magnitude? I would think…NOT MUCH.